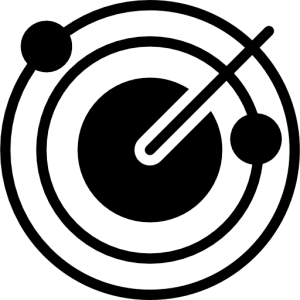 Shouting Into The Void

I saw a Facebook Memory today that I haven’t been able to retrieve since losing it amidst the chaotic flow of algorithms, but to sum it up, it was about Star Wars, as is appropriate for May 4th. More precisely, it concerned my belief that Star Wars is a middling sci-fi franchise that made its contributions to culture thirty years ago and has offered little of substance or worth since. This spawned some rather productive conversations among my friends on not just the Star Wars franchise, but what it means to be a “nerd”. I took the tack that nerddom, as a whole, has been compromised by its success on the larger cultural stage, that it has by and large prostituted itself before general society in exchange for money, fame, power, and influence. In my view, that takes it out of the sphere of nerddom altogether. Others disagreed. Two years later, I still hold to this view with an even tighter grip, Infinity War creeping overhead.

I say this not to be some sort of cruel gatekeeper in the vein of Ready Player One‘s malefic, mediocre protagonist, but as a sort of gadfly to remind people of what the original conceit of nerddom was and how it has morphed over time. Nerddom has always carried with it a connotation of uncompromising confidence, a kind of shameless zeal towards a certain topic or topics that both commends and damns itself. From my view, a nerd is someone who loves things such as comic books and Star Wars in a passionate way regardless of the social consequences, although not in a way that excessively harms oneself or others, of course. One can be a nerd for just about anything, but the idea is that you’re willing to put up with the philistine fists of an ignorant bully for the sake of something you love, or perhaps mockery, shame, exclusion, etc., because the thing you care about is more important.

It’s been a recurring gripe of mine towards nerd culture in the past decade as it has ascended the heights of capitalism and reaped the rewards of longsuffering. Nerds are the hot demographic now, all their formerly embarrassing passions the very object of the System’s desire. Nerd culture is everyone, embedded in everything. I can’t go a literal three seconds without some sort of post or allusion to the MCU, Star Wars, or D&D. This, in itself, is not a bad thing, but it reflects a colossal change in the power dynamic that has governed this subculture until now. It follows that its nature would shift to respond to it.

I don’t see that shift as a good thing–certainly not a net positive. I heed some of Tolkien’s words: Reward on earth is more dangerous than punishment. It’s a good thing that nerds aren’t shoved into lockers as much for carrying around Marvel comics, that cosplayers have a safe, welcoming space to practice their careful art, that Star Wars is the thing that the host casually referenced on the local American radio station without any sort of stigma. In the grand scheme of things, though, these aren’t exactly fantastic achievements either. They come with some heavy costs, most of which are invisible or intangible. Nerd culture is starting to demonstrate more and more, well, excess than anything else. It’s becoming less and less comfortable for me to outright associate with it in a proud way. I hover more on the fringes, enjoying things as I can in as healthy a way I can manage, a balancing act that grows more difficult with time. It welcomes more, but feels less welcoming deeper down.

As an example, I go to Blizzcon every year to visit my guildmates who helped me through a lot of bad times, whose company I cherish and enjoy, but the con itself is just an excuse to plan that gathering. In my little group, we’re more like to make fun of those around us, to keep our interests within measured confines, to raise our eyebrows at the next new “epic” announcement from a giant corporation that likes money and spare no insult against those who bend the knee. Each Blizzcon for the past five years now, things get a little more whacky, the convention offerings get a little more shameful, dragging Whil Wheaton onto the stage to embarrass himself with bad comedy that drags on forever. Probably the most enjoyable event for us is the cosplay contest, but only the cosplay is fun and interesting. Everything else around it–the announcer, the judges, the way attendees behave–is a terrible joke that we all hate and love to hate on. We could never say that in public though, hashing this out while waiting in line to test out the latest build of Overwatch. People would not approve. We have to do it in the comfort of our own house, in our own little safe space away from the larger safe space.

Nerd culture has always danced with that particular flame of gluttony. Now the chains are weaker, allowing people to act out more freely. Their criteria for approval is less sheer knowledge and more a check for a certain kind of psychology and attitude. The MCU gets most of my public ire these days, mostly because it’s an easy target that keeps shoving itself into my field of view. It’s a simple fact of taste and a competent critical eye that Marvel movies are bad. They don’t suck, but they aren’t good. They’re passable action movies at best, easily forgettable in their prime form. That’s not the coverage or opinion you see in most media, though. The demographic must be appeased, lest nobody answer the journalist’s calls next time around. There’s an ironic, yet natural element of bullying to all this. Since they’ve had a taste of popularity and power, nerds (those in their lucky fiefs, that is) are less willing to tolerate someone just saying that. The New Yorker got crucified for pointing out Infinity War is weak, baffling without the heavy context of twenty other mediocre movies. It’s not like that’s an outlandish take on the matter. That’s exactly what IW was hyped as: come see this movie to see all your favorite Marvel superheroes IN ONE MOVIE!!!!!! What’s followed is a shameless offensive of mendacity that involves everyone pretending IW’s highly predictable cliffhanger (not ending) is something worth an ounce of thought. Point that out and, well, I guess you’re an asshole who hates nerds or just wants to yell. Ten or twenty years ago, that offensive might’ve proven less effective.

Look, nerds. I think it’s a bit wise to step back and wonder how you’re coming across. That’s healthy advice in real life; it’s healthy advice here too. At the moment we live in a happy bubble of success and spotlight, but these halcyon days will pass, in one form or another, and then we’ll have to live with the choices we’ve made as a subculture. Stranger Things Season 2 wasn’t as good as the first one. That will continue. As it is right now, I don’t like the choices we’re making. I don’t like that we’re treading a worn path of indulgence. I don’t like that we’ve become more willing to censor those who don’t fall in line. I don’t see nerddom as something to be proud of if it isn’t somehow brave. It’s not brave to like Infinity War or The Last Jedi. It’s not brave to dislike them either. It’s brave to think about them, to wonder what real value they have and what your passion is worth to you, and finally to follow those conclusions wherever they lead. It’s brave to love something, but knowing how to let it go when it starts to hurt you, no matter how much it stings.

May the 4th be with you.